Are your brakes up to scratch? 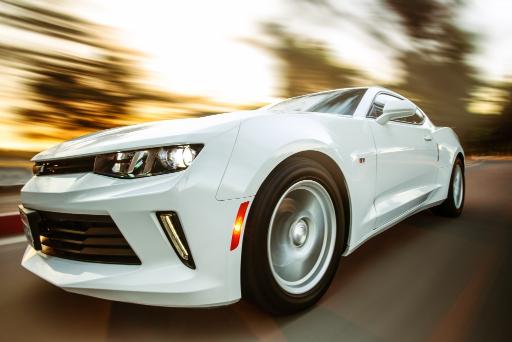 This month, we’re all about brakes at SVS Autocare.

They are often something drivers take for granted… until they don’t function correctly.

Many a rear-end collision has occurred due to faulty brakes and it is a component of the car that can be difficult to inspect for yourself. This is why SVS Autocare ensure that every vehicle we service has their brakes thoroughly inspected so we can monitor how thick your brake pads are and recommend replacements as needed.

Of course, things like driving style and the make-up of the compounds in different makes and models of cars means the length of time brake pads last is very subjective, which is why it is also important for you to pay attention whenever you experience

These are all signs that your brakes need attention and the sooner this is addressed, the safer you and your loved ones will be when travelling in your vehicle.

WIN this February with SVS Autocare

Book your car in for a service with us during the month of February and you will go into a draw for us to cover the costs of the labour for your next service to the value of $194.92.

Visit https://svsautocare.com.au/booking/ to book online, or contact our professional team on the Sunshine Coast on 5456 4859 or in Brisbane on 3891 3300 for a fast and efficient booking over the phone.

We look forward to seeing you soon.

SRS Warning Light! What you need to know…it’s a safety issue..

Have you ever had that annoying light illuminated at your instrument cluster and wondered what it meant?

The SRS warning light refers to the Supplemental Restraint System (SRS) and is most commonly known as the airbag system light. This is a computer controlled system designed to deploy one or more driver, passenger, and side airbags. The computer also tightens the seat belts to protect the vehicle occupants from physical harm during an impact caused by a collision.

The SRS system is also referred to as a passive restraint system because the vehicle occupants do not need to do anything in order to activate the SRS system when the enabling criteria—speed and deceleration—are met. In contrast, seat belts are an active restraint system. The vehicle occupants must proactively latch each seat belt in order for the seat belt to do its job. Even automatic seat belt systems have a lap belt that must be manually latched.

When the vehicle is first started, the SRS light should illuminate for 1 to 5 seconds while the system goes through a self-test sequence. If the light goes out, then the system is ready. If the light stays on, there is a fault somewhere in the SRS system. The system is disabled at this point. In the case of a collision, the airbags will not deploy and the seat belts will not tighten, nor will any additional features activate.

What to Do: SRS Warning Light

If the SRS light stays on after the self-test, then you should take the vehicle to a qualified repair shop to be properly diagnosed and inspected. It is a good idea to check your vehicle’s potential manufacturer recalls because some airbag system repairs may be covered under recalls or extended warranties. Don’t delay—you may not be properly protected in the case of an accident or collision.

It is not commonly knows that the SRS system contains a “black box” very much like a commercial airplane. It not only records the data from an accident such as the speed, “G” forces, how many seat belts were latched etc., but it also how long the SRS system was disabled due to a fault condition. If the insurance company determines that the SRS system was in a fault mode for what they consider to be a long time, they may not be willing to cover any injuries, especially if they determine that a working airbag system would have prevented the injuries.
If the SRS light is blinking or stays on, take it seriously. There is a fault condition and the vehicle’s safety systems are compromised, putting you and your passengers at risk.

The SRS computer system continuously evaluates the input data sent to it by motion or “G” sensors, vehicle speed sensors, steering system sensors, vehicle angle sensors, and seat belt sensors. When the enabling criteria have been met—such as a vehicle speed above 25 MPH and a highly abnormal rate of deceleration—the SRS system will choose which, if any, airbags to deploy and which seat belts to pull tight. The purpose of the airbags is to cushion or prevent the vehicle occupants from hitting and slamming their body parts, especially the head, into the steering wheel or dashboard. The seat belts tighten in order to restrict the forward movement of the vehicle occupants.

Newer, more enhanced SRS systems recline the front seat backs, lowering the driver and passenger into a prone position to better absorb the whiplash/recoil phase of a collision and hopefully prevent any neck or spinal injury. Many newer vehicles have side airbags to protect the vehicle occupants from hitting the side pillars, especially with their heads. Some new vehicles also have SRS curtains that come down to protect the occupants from breaking glass from windshields and windows.